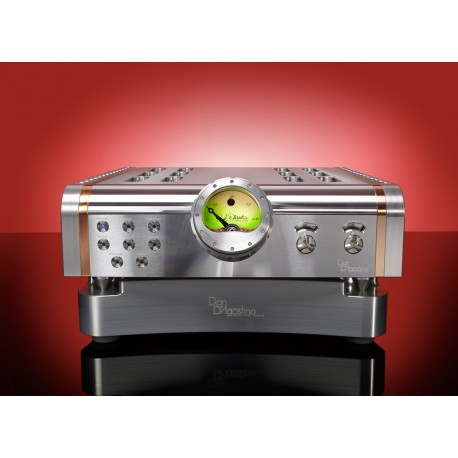 The front panel has the same look and functionality as the Momentum preamplifier, with an illuminated dial and indicator needles inspired by classic Swiss watches. Six balanced XLR inputs are provided on the back panel. Bypassable tone controls allow the listener to customize the sound to suit the recording or personal taste, without affecting the fundamental sound quality and musicality of the unit.